Accueil
Interviews
The creation of this European consortium, this network, foreshadows how…

The creation of this European consortium, this network, foreshadows how scientific publication is likely to evolve in the coming years

Question: The Open Access Publishing in European Networks (OAPEN) was launched with a meeting in early September. Could you give us a brief overview of the ideas behind this project which is financed by the European Commission and of the shared values of the project’s partners (1)? 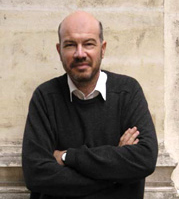 Jean Kempf: OAPEN is essentially a project involving medium-sized scholarly publishers and is centred on the publication of human and social sciences monographs. The creation of this European consortium, this network, foreshadows how scholarly publication is likely to evolve in the coming years that is to say with an increasingly fundamental reliance on electronic material. However, publishers will still retain their role as real “producers” (as in the field of cinema). Publishers drive projects, take part in shaping their intellectual dimension and ensure their scientific validation. Of course publishers are also involved in enhancing the “product” on a technical level and in selling it.

The OAPEN project will receive funding for three years within the framework of the eContentplus programme, one of the conditions of which is the adoption of the Open Access model for the electronic version to be made available on the project’s platform.

Q.: Could you explain what the objectives of the project and the main expected results are?

J.K.: OAPEN is not just only a dissemination project, because if it were it would suffice to simply transform paper copies into PDFs. It is all about electronic publishing. The technical objective of the initiative is to use what currently exists to set up a constantly evolving publishing platform available in the open source format. We plan to propose the platform as publishing service provider like revues.org (2) does for journals for example. Another aim of the project is to provide a catalogue of monographs based initially on works selected by each of the partners from their own collections. Adopting criteria based on quality and scientific interest will allow OAPEN to become a kind of quality label.

Q.: How will the scholarly HSS monographs offered through OAPEN respond to researchers’ needs?

J.K.: The electronic format is a complement to printed versions which will remain the reference in the field. Electronic documents allow researchers to gain primary access to material, browse and then get direct access to the source of the quotation in other electronic research works. This format means researchers can manipulate content and conduct specific searches on documents and this does indeed respond to their new requirements. The role of the publisher is evolving into one whereby publishers communicate and act as mediators for the research world and facilitate the creation of a community, by first ensuring the creation of a stable version of works.

Q.: How will the OAPEN project fit in with electronic library initiatives such as Gallica or Europeana?

J.K.: A project like OAPEN’s vocation may not be able to guarantee very long-term preservation as only the big libraries and, most naturally, national libraries remain the only institutions capable of providing this service. The project’s role is mainly to ensure a level of visibility for the works involved and, to achieve this, no offer of content will be excluded. The European dimension of the initiative means that a link with the electronic library project, Europeana (3) , would appear logical. The TGE Adonis project’s planned Human and Social Sciences meta-portal also seems to present a natural avenue for collaboration as indeed are all services with similar subject fields to OAPEN. Technical options used to structure content and provide interoperability should permit OAPEN to have a presence on multiple bouquets.

On the other hand, the European dimension is in itself an extra challenge as the works involved are written in different languages. This is a particularly tricky problem which will only be dealt with through search features for the time being although we plan to produce works in several different languages. In general, public funding is often not available for translation work despite repeated declarations in favour of European multilingualism.

Q.: There are important implications for Open Access in this project. What type(s) of economic model(s) are you considering to facilitate long-term success for such a service?

J.K.: Within this project, publishers will be doing their traditional job but based on new economic models. This is an ideal framework for studying the viability of the different modes of financing which are already in use by other Open Access initiatives and how these might be combined. One idea is that the author pays which already occurs when authors have a particular source of financing. Another possibility would be for university libraries to invest on an overall basis, becoming a kind of sponsor whose role would evolve accordingly. At the same time, paper copies would still be sold and indirect revenue might also come from the provision of publishing services.

Q.: In general, author copyright is often viewed as an obstacle to the development of Open Access. What are your views on this point?

J.K.: Royalties are low anyway on research material and OA does not change the authors’ moral rights. An author’s return on investment is not actually financial; it tends to be more about achieving recognition. Tools such as the Creative Commons licences can be seen as a formalisation of what already exists in practice.

The OAPEN project will conduct a study in this field and make recommendations.